I'm re-starting my Heroine of the Weekend posts with a look at Queen Victoria's most unconventional daughter, Princess Louise, Duchess of Argyll, who was born March 18, 1848!  As well as being the most beautiful of the princesses, she was a talented artist and sculptor as well as a supporter of the suffragist movement and women's rights.

Princess Louise Caroline Alberta was born at Buckingham Palace, the 6th child and 4th daughter of Queen Victoria and Prince Albert, in the middle of a year of revolutionary upheaval in Europe, which led her mother to say Louise would surely turn out to be "something peculiar".  She was always lively and vivacious--her family nickname was "Little Miss Why," and her artistic talent was recognized early on.  She was even allowed to attend classes at the National Art Training School in South Kensington, and even though as a royal she could never be a professional she later sculpted many memorials, among them a memorial to the Boer War and one for her brother-in-law Prince Henry of Battenberg, as well as a famous sculpture of her mother now at Kensington Gardens.

Her liveliness was strained after the death of her father in 1861, when the royal court went into prolonged mourning.  She wasn't allowed a debutante ball, as her older sisters had, and she was bored and dissatisfied.  She served for a time as her mother's personal secretary, writing letters and attending to duties Victoria was unable to.  Her mother, who had sometimes despaired of her pretty, energetic daughter, said, "She is (and who would some years ago have thought it?) a clever dear girl with a fine strong character, unselfish and affectionate."

After an unsuitable attachment to her brother's tutor, a clergyman who late became Canon of Westminster Abbey, and proposed marriages to the Crown Prince of Denmark, Prince Albert of Prussia, and William, Prince of Orange (all shot down by her mother!), Louise decided she wanted to break with tradition and marry a British subject, John, Marquess of Lorne, heir to the Duke of Argyll.  Her brother, the Prince of wales, objected, but Queen Victoria liked the idea of "new blood," writing to her son:

"That which you object to [that Louise should marry a subject] I feel certain will be for Louise's happiness and for the peace and quiet of the family ... Times have changed; great foreign alliances are looked on as causes of trouble and anxiety, and are of no good. What could be more painful than the position in which our family were placed during the wars with Denmark, and between Prussia and Austria? ... You may not be aware, as I am, with what dislike the marriages of Princesses of the Royal Family with small German Princes (German beggars as they most insultingly were called) ... As to position, I see no difficulty whatever; Louise remains what she is, and her husband keeps his rank ... only being treated in the family as a relation when we are together .. "

Louise and Lorne were married on March 21, 1871 at St. George's Chapel, Windsor, where she wore a lace veil of her own design.  The couple had no children, and though happy at first were later estranged.  Lorne was the only royal son-in-law with his own political career, and in 1878 was made Governor General of Canada.  Louise was homesick in Ottawa, appalled at the "rough" accomodations at Rideau Hall.  But she redecorated, became a social sensation in Canada, enjoyed the outdoors activities like skating and sleighing, and was patron of several charities as well as founder of the Royal Canadian Academy of Arts.  After a serious sleigh accident on February 14, 1880, her health was never quite the same, and she spent more and more time in England, apart from her husband.  Lorne returned to England in 1883, where his hopes of growing a larger political career were frustrated and the marriage grew more remote.

Louise moved into the apartment at Kensington Palace where she lived for the rest of her life, and became preoccupied with her own artistic work, as well as family quarrels (especially with her sister Beatrice, who thought Louise was too close to her own husband, the handsome Prince Henry of Battenberg).  She became obsessed with physical fitness and diet (her family made fun of her for it, but she lived longer--and looked better--than any of them!).  She also became interested in women's suffrage, and made a point to patronize female physicians. 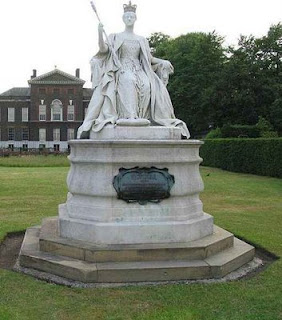 Her husband was in failing health and declining finances from 1911, and she was reconciled to him and nursed him until his death in 1914.  After World War I she mostly retired, except for some charity work. and lived at Kensington next door to her reconciled sister Beatrice.  She died Dec. 3, 1939, and was the first royal to be cremated.  Her ashes were first deposited at the Royal Crypt at St. George's, but were then moved to Frogmore with her siblings and parents.  Her sculptures can still be seen in London, a monument to a princess who lived her own life within the strict restraints of her birth and times. 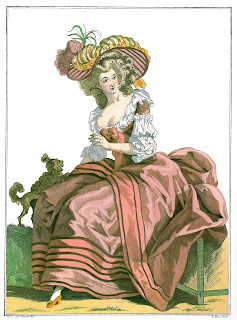 So it's been MUCH too long since I posted on this blog, and I have been missing it!  Especially my Heroine of the Weekend posts.  So I have decided to once again start choosing an interesting historical woman to feature each weekend--and maybe once in a while have another post as well.  I just need a little help getting back into the swing of blogging things.  I've started by freshening things up here, posting pics of my latest releases, etc etc.  But who would you like to see featured in the next few weeks???  (for an idea of the kinds of Heroine posts I do, check out the links list of past Heroines...)
Posted by Amanda McCabe/Amanda Carmack/Laurel McKee at 5:49 PM No comments: