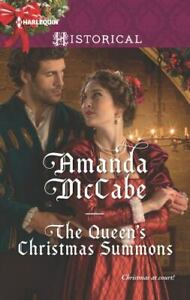 I always love the research that goes into a making a historical novel, and so often I don't get to share quite as much of it as I would like!  (Yes, serious research nerd here, lol!)  So I'm going to be giving some "behind the book" glimpses here, starting with The Queen's Christmas Summons, which set a lavish Court Christmas in the aftermath of the Spanish Armada...

The Spanish Armada (Grande y Felicisima Armada, “great and most fortunate navy”) was one of the most dramatic episodes of the reign of Elizabeth I, and one of her defining moments.  If it had succeeded, the future of England would have been very different indeed, but luckily, weather, Spanish underpreparedness, and the skill of the English navy were on the queen's side.  The mission to overthrow Elizabeth, re-establish Catholicism in England, and stop English interference in the Spanish Low Countries, was thwarted.

King Philip began preparing his invasion force as early as 1584, with big plans for his fleet to meet up with the Duke of Parma in the Low Countries, ferry his armies to England, and invade. His first choice as commander was the experienced Marquis of Santa Cruz, but when Santa Cruz died Philip ordered the Duke of Medina Sedonia to take command of the fleet. The Duke was an experienced warrior - on land. He had no naval background, and no interest in leading the Armada, as the invasion fleet came to be called. He begged to be dismissed, but Philip ignored the request, as well as many other good pieces of advice about adequate supplies and modernizing his ships.

After many delays, the Armada set sail from Lisbon in April 1588. The fleet numbered over 130 ships, making it by far the greatest naval fleet of its age. According to Spanish records, 30,493 men sailed with the Armada, the vast majority of them soldiers. A closer look, however, reveals that this "Invincible Armada" was not quite so well armed as it might seem.   Many of the Spanish vessels were converted merchant ships, better suited to carrying cargo than engaging in warfare at sea. They were broad and heavy, and could not maneuver quickly under sail.  The English navy, recently modernized under the watch of Drake and Hawkins, was made up of sleek, fast ships, pared down and maneuverable.  Naval tactics were evolving; it was still common for ships to come alongside each other and allow fighting men to engage in hand to hand combat. Advances in artillery were only beginning to allow for more complex strategies and confrontations at sea. At this stage the English were far more adept at artillery and naval tactics than the Spanish, who were regarded as the best soldiers in Europe.

The Spanish plans called for the fleet to sail up the English Channel and rendezvous off Dover with the Duke of Parma, who headed the Spanish forces in the Netherlands. This in itself presented huge problems. Communications were slow, and the logistical problems of a rendezvous at sea were immense.  Perhaps worst of all the problems faced by the Armada was Philip himself. The king insisted on controlling the details of the Armada's mission. He issued a steady stream of commands from his palace of the Escorial, yet he seldom met with his commanders, and never allowed his experienced military leaders to evolve their own tactics. He did not listen to advice, which was a shame, for Philip had little military training and a poor grasp of naval matters. He firmly believed that God guided him, and that therefore his mission would succeed.

A series of signal beacons atop hills along the English and Welsh coasts were manned. When the Spanish ships were at last sighted of The Lizard on July 19, 1588, the beacons were lit, speeding the news throughout the realm. The English ships slipped out of their harbor at Plymouth and, under cover of darkness, managed to get behind the Spanish fleet.  The Spanish sailed up the Channel in a crescent formation, with the troop transports in the center. When the Spanish finally reached Calais, they were met by a collection of English vessels under the command of Howard. Each fleet numbered about 60 warships, but the advantage of artillery and maneuverability was with the English.

Under cover of darkness the English set fireships adrift, using the tide to carry the blazing vessels into the massed Spanish fleet. Although the Spanish were prepared for this tactic and quickly slipped anchor, there were some losses and inevitable confusion.   On Monday, July 29, the two fleets met in battle off Gravelines. The English emerged victorious, although the Spanish losses were not great; only three ships were reported sunk, one captured, and four more ran aground. Nevertheless, the Duke of Medina Sedonia determined that the Armada must return to Spain. The English blocked the Channel, so the only route open was north around the tip of Scotland, and down the coast of Ireland. Storms scattered the Spanish ships, resulting in heavy losses. By the time the tattered Armada regained Spain, it had lost half its ships and three-quarters of its men, leaving a fascinating trove of maritime archaeological sites along the Irish coast (and myths of dark-eyed children born to Irish women and rescued Spanish sailors!  In reality, most of them met fates far more grim and sad). 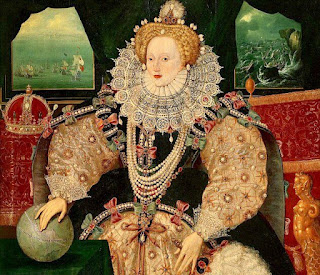 In England the victory was greeted as a sign of divine approval for the Protestant cause. The storms that scattered the Armada were seen as intervention by God. Services of thanks were held throughout the country, and a commemorative medal struck, with the words, "God blew and they were scattered" inscribed on it.

If you'd like to read more about this fascinating and tragic event, here are a few sources I liked: