Heroine of the Weekend, Mythology Edition

This month, to celebrate the release of my Irish-set Countess of Scandal, we're going to look at 4 Irish heroines, one each weekend! It's hard to narrow them down. We'll start with a mythological figure--Queen Maeve of Connacht, from the Ulster Cycle.

Maeve had several husbands, but the one she's with in most of the Cycle is called Ailill mac Mata, and one of her former husbands, Conchobar mac Nessa, is king of Ulster and now her mortal enemy (the best known of the tales is the Tain Bo Cuailinge, The Cattle Raid of Cooley, where she attempts to steal away Ulster's prized white bull...)

"The Battle of Boyne" tells the tale of how Maeve came to power in Connacht and married Ailill, and it's a pretty complicated one (as all Celtic mythology is). Before this marriage, her father, the High King of Ireland, married her to Conchobar because he had killed Conchobar's supposed father in battle. She had a son with him, named Glaisne, but she was unhappy with him and left. Her father then deposed the king of Connacht, Tinni, and set Maeve on the throne, but she and Tinni became lovers and he thus regained part-control of his kingdom, but then Conchobar killed Tinni in combat after Conchobar raped Maeve. She then married Eochaid Dala of the Fir Domnann, demanding 3 things of him--that he be without fear, meanness, or jealousy. He let her down on that last point, though, challenging her lover Ailill mac Mata, chief of her bodyguard, to a duel. The husband lost, and the lover became the new husband and king. (Got all that?)

They had 7 sons, all called "Maine", just to make this story even more confusing. (Actually, they originally had other names, until a druid told Maeve her son "Maine" would be the one to kill Conchobar, and since that was something she really wanted she changed their names, just to make sure one of them would do it. But the one who did kill Conchobar, killed the wrong one. Oops). They also had a daughter, Findabair. 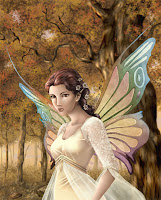 In "The Cattle Raid of Cooley," Maeve started out by insisting she always be equal in wealth with her husband, and wasn't happy when she found Ailill had one studd bull more than her. She found that the only better bull around was named Finnbennach, owned by a vassal of Conchobar's. She sent messengers, offering money, land, sex, whatever in exchange for the bull, but the owner refused and Maeve made preparations for war. She raised an army from all over Ireland, including a battalion of exiles from Ulster led by Conchobar's estranged son Cormac and his foster father Fergus, former king of Ulster himself and one of Maeve's ex-lovers (of course).

Because of a curse on the men from Ulster, the invasion was opposed by one man, the young hero of Ulster Cuchulainn, who held up the army's progress by demanding single combat at river fords. Maeve offered her daughter Findabair in marriage to a series of men as payment for fighting Cuchulainn, but all of them were defeated. Maeve nevertheless managed to secure the bull, but after one last battle with Cuchulainn's army she was forced to retreat. And the bull was no great prize--it fought Ailill's bull, killing him and then dying of his wounds. Sounds like the bulls took after their owners. (Ailill was later killed after being caught by Maeve in an affair, and Maeve herself was killed by the son of a woman she had killed for having an affair with--someone). According to legend she's buried in a 40-foot high stone cairn on the summit of Knocknarea in County Sligo, upright facing her enemies in Ulster.

I do like stories where the women get to fight, have affairs, and kick ass just like the men...

"How is this, O Cualnge's Hound
Hero of the Red Branch, thou;
Great woe, Champion, has thou borne
Battling in thy land's defense!

Every morn a hundred slain,
Every eve a hundred more
While the host purveyed thy fare
Feeding thee with cooling food!

Five score heroes of the hosts,
These I reckon are in graves,
While their women--fair their hue--
Spend the night bewailing them!"

Wonderful Post Amanda. I never knew the full story of Maeve. Looking forward to your other heroines.